Breaking! Chris Rock Likely to Host The Academy Awards in 2016

Nobody has confirmed or denied the rumors swirling around Tinseltown regarding Chris Rock and the offer to come back and play host again to the upcoming Oscars after last year’s emcee, Neil Patrick Harris did the exact opposite of what producers were hoping for. 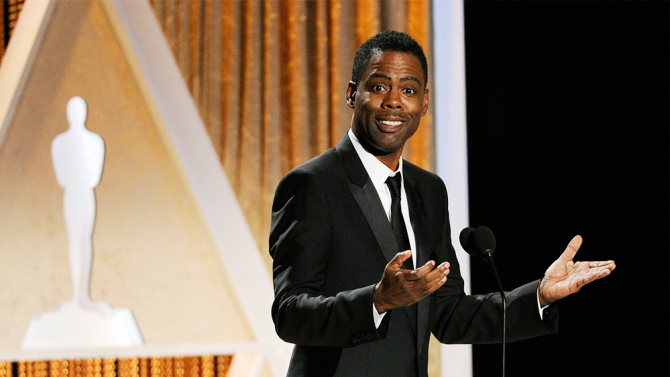 Ratings for the 2015 telecast dipped 16% and the reason can be attributed to the lackluster delivery that Harris provided coupled with the fact that the range of films weren’t really all that involving to warrant an avid range of viewers.

So, for 2016, new co-producer Reginald Hudlin is securing the future by reaching out to an old friend. Hudlin actually helmed the pilot of the TV series based on Rock’s vibrant upbringing – Everybody Loves Chris. The heralded show enjoyed a successful run back in the day.

Hudlin is joined by TV veteran David Hill who is best known for his tenure at Fox Sports and American Idol – both men were recruited to help revitalize the industry staple that has been suffering from withdrawal symptoms ever since Billy Crystal bowed out.

Rock who hosted back in 2005, was impeccably suited and received mostly positive reviews despite throwing daggers at the industry during his stint – a habit that hasn’t waned as evident in the essay he drafted up for The Hollywood Reporter late last year, where he bemoaned Hollywood’s consistent lack of diversity.

This latest development proves that the mechanics behind-the-scenes are ready to implement a more futuristic platform that deviates from the stale formula that has plagued the high-profile show for far too long.

The 88th Academy Awards is scheduled to take place at the Dolby Theatre in Los Angeles, on Feb. 28, 2016.