Showtime’s ‘House of Lies’ Will End With Season 5

Don Cheadle’s esteemed starrer, House of Lies – is on its way out of Showtime’s roster of hits.

The critically acclaimed comedy that also starred Kristen Bell was an immediate favorite with viewers and consistently dominated the awards circuit. 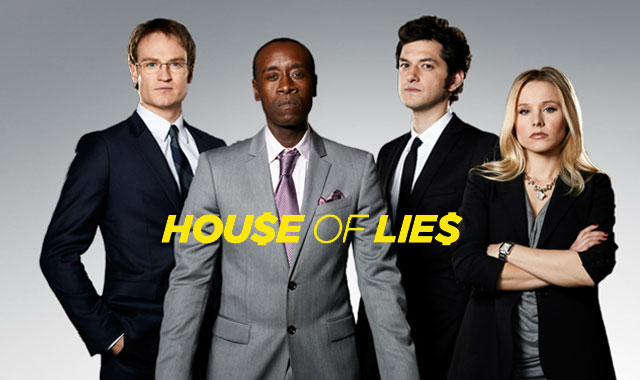 After five illustrious seasons – the show will bow out with a series finale scheduled for June 12 – which will be shot on location in Havana, Cuba.

In a newly released statement – Showtime president and CEO David Nevins expressed pride in the efforts of everyone involved in the show’s successful tenure, which was mainly due to the “dream partnership of impeccable leaders” – namely Don Cheadle and series showrunner Matthew Carnahan.

Nevins also praised the show’s “core cast” (Don Cheadle, Kristen Bell, Ben Schwartz, and Josh Lawson) by describing them as “one of the best comedy teams on television”.

During his time on the show – Cheadle garnered an impressive total of three Emmy and Golden Globe nominations for his steadily impeccable performance.

It has also been confirmed that when House of Lies makes its final debut – it will be reduced to a 10-episode season as opposed to its usual 12-episode installment.