Veteran newsman Morley Safer, who just last week announced his retirement after an illustrious 52 years at CBS News where he spent the last 46 of them as a pioneer of excellence as a member of the news team at 60 Minutes – has died. 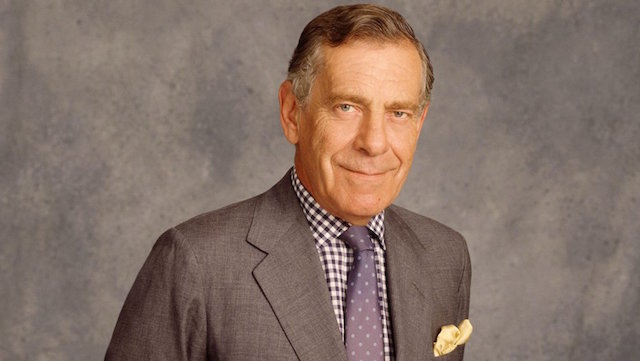 Safer died on Thursday in New York – he was 84. No cause of death has been issued.

Safer was a native of Toronto and during the span of his enviable career – he garnered critical acclaim as well as awards of recognition – including a Lifetime Achievement Emmy and three Peabody Awards for his particular brand of reporting that hit at the core of the subject with almost revolutionary results.

He is remembered for his affecting piece that captured the horrors of the Vietnam War back in 1965 when he focused on the village of Cam Ne – that had been brutally grazed to the ground.

He was a beloved and trusted staple on 60 Minutes – the long-running newsmagazine show on CBS. And before bowing out after 50 years of service – his last piece profiled Danish architect Bjarke Ingels – that show aired a couple of months ago.

Safer – confirmed his retirement which was set for the end of the month. He released a statement that captured his appreciation and reflections of what turned out to be the best ride of his life.

“After more than 50 years of broadcasting on CBS News and 60 Minutes, I have decided to retire. It’s been a wonderful run, but the time has come to say goodbye to all of my friends at CBS and the dozens of people who kept me on the air, but most of all, I thank the millions of people who have been loyal to our broadcast.”