Daniel Craig is done with playing the man who prefers his martini “shaken – not stirred” and that’s a shame because we can’t imagine a better fit for a franchise that has spanned decades of evolvement. 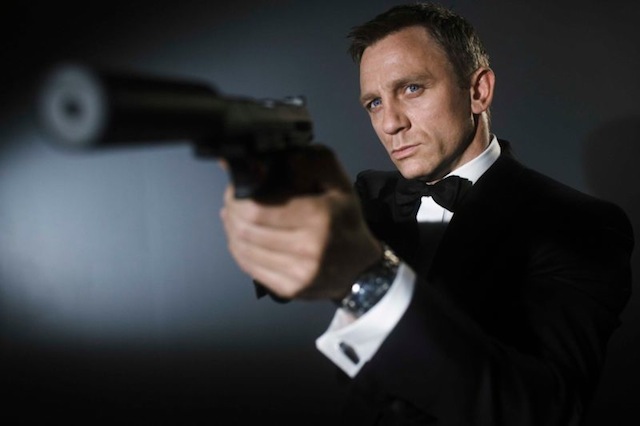 Perhaps, Idris Elba will rescue us from indefinite uncertainty but before we fall head over heels for the much-heralded replacement – we have to figure out why Craig is so against the gig that cemented his viability.

Well, he didn’t hold back when he poured his heart and soul to TimeOut. It wasn’t a pretty revelation but it definitely gave insight into the weary disposition of a man who did his very best to live up to all expectations but is now ready to pass the baton.

When asked whether he will be back for more, Craig answered, “Look, I don’t give a f—-. Good luck to them”. “All I care about is that if I stop doing these things we’ve left in a good place and people pick it up and make it better”.

When pressed for more, Craig made it clear that he is ready to move on – “Now? I’d rather break this glass and slash my wrists”. No, not at the moment. Not at all. That’s fine. I’m over it at the moment. We’re done. All I want to do is move on.

So, there we have it. Daniel Craig is retiring from the job of modifying the mistakes that his predecessors Timothy Dalton and Pierce Brosnan made and even though he will probably be the coolest Bond ever manifested – he wants to step back and let the legacy continue without him.

There is no official announcement of when he plans to vacate his desirable post but he is already offering much needed advice to the man who will relieve him – “Don’t be a s—“. You’ve got to step up. People do not make movies like this anymore. This is really rare now. So don’t be s—.

While we wait to see how this unfolds – we can get a dose of Craig in the next installment of the franchise – Spectre which hits theaters this November.