SXSW: ‘Furious 7’ Will be a “Thrilling and Emotional Ride” Showcasing Paul Walker at His Best

Early reviews and reactions for Furious 7 have been filtering in since the surprise screening of the film was staged at SXSW Film Festival in Austin. The midnight showing on Sunday night proved to be quite a treat for the hyped-up attendees who got to enjoy a well-delivered introduction by producer Neil Moritz 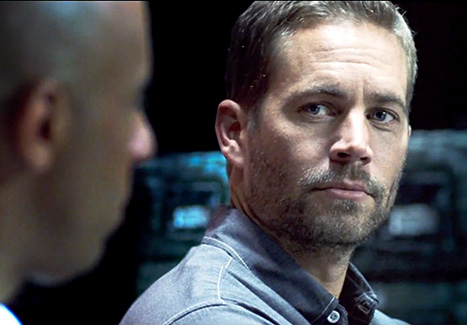 (co-producer and star Vin Diesel didn’t attend) who seized the opportunity to give props to Paul Walker by describing the late actor as “the best guy I met in my world, in my life”. He also echoed the sentiment that has been shared by the cast and crew since Walker’s passing, “We were determined to honor his legacy and our love for him forever”.

Actor and singer Tyrese Gibson, who developed a brotherhood with Walker during the filming of the hilariously campy 2 Fast 2 Furious was also on hand to energize the crowd and to show appreciation for the endearing loyalty that has helped to keep the franchise thriving, “We don’t look at you all as fans of a movie. A lot of you grew up with us…Some of you had peach fuzz on your damn face when we started this shit”. Gibson ended by fittingly acknowledging the fact that one of the most anticipated films in recent memory was completed as a tribute to their fallen comrade, “The reason we kept this thing going became on behalf of our brother Paul Walker”. 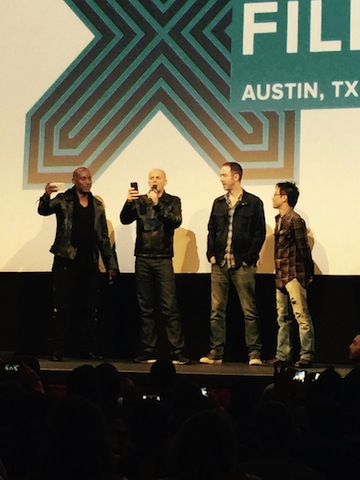 But the ultimate honor should be assigned to director James Wan, who unknowingly accepted a challenge that undoubtedly changed his life and career irrevocably. The Malaysian-Australian filmmaker took over from Justin Lin who helmed the last four films, and was understandably under considerable pressure to deliver a film that would maintain the high-octane momentum of the franchise. But Walker’s death forced the studio to halt production as Wan and his team scrambled to revise the script to accommodate what has now turned out to be an emotionally-charged farewell to the late star – who was the heartbeat of the series before it evolved into a present day juggernaut.

A visibly exhausted Wan expressed his relief and excitement at the screening, ‘We’ve worked so hard on this movie to finish it”. “I just literally finished it last week. It’s hot off the press, and I’m so excited to be unveiling it you guys, the public, for the first time. So enjoy the film!”

Based on the tweets from those who were lucky enough to view the film and the review from The Hollywood Reporter, Furious 7 is packed with exhilaratingly non-stop action that features over-the-top sequences that have become standard fare for the franchise. The extended trailer gives a solid glimpse of what we can expect – cars falling out of a plane and parachuting to the ground, more cars zooming from one high-rise to the other, exotic locations that include Tokyo and Abu Dhabi, and Paul Walker’s impressive stunt with a bus hanging over a cliff. But this is apparently just the tip of the iceberg, as fans expressed their overall satisfaction and optimal respect for the end result. This is also being touted as one of Walker’s best performances to date.

The biggest takeaway is the assurance that even though Walker’s remaining scenes had to be shot with the use of CGI effects and the assistance of his younger brothers, Caleb and Cody who served as body doubles, moviegoers will not be distracted by that fact because the difference is virtually indistinguishable. This should give the late star’s die-hard fans peace of mind and the ability to sit back enjoy Brian O’Connor’s last ride. There is also a touchingly compilation of scenes featuring Walker from past films that plays in the end as a montage to honor his memory and celebrate what will now be his endearing legacy.

Mortiz pleaded with the audience before the film’s debut not to give away the ending and while that might be an unrealistic request given the roaring excitement that has begun to take hold, one detail managed to be divulged only because of its poignancy and truth. In the end it was all “For Paul”.