Selma director and respected filmmaker, Ava DuVernay is currently making the rounds at SXSW and while hosting an insightful session, she opened up about the trials and tribulations that plagued the genesis of the film that will undoubtedly become required viewing for years to come. 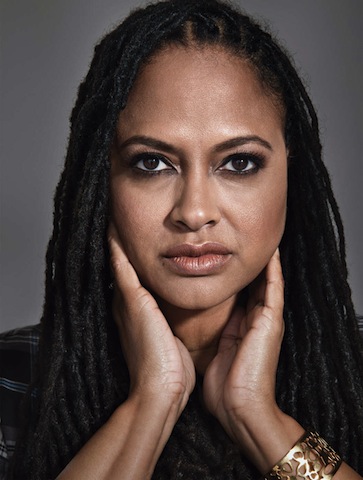 DuVernay admits that Paramount was skeptical about investing in Selma given the subject matter and the fact that she was a modestly known independent filmmaker. But she refused to be discouraged and focused on the end game – the opportunity to deliver a poetically defined cinematic effort that presents the core of the civil rights movement through the vision of a leader that gave his life for a cause that is still ongoing.

The arrival of Selma was remarkably timely given the current racial climate that has spurned the crushing realization that the struggle is far from over. The nationwide protests inspired by the trend of police brutality against people of color was in full effect and played a tremendous part in helping to propel Selma into a box office success.

DuVernay received critical-acclaim and even made history as the first African-American woman to be nominated for a Golden Globe in the best director category. But she wasn’t’ able to receive the same honor from the Academy which proved the level of nonchalance harbored by the supposedly illustrious institution. The lack of diversity showcased in the list of nominations resounded more loudly this year but DuVernay poignantly expressed how her very first experience at the Oscars affected her overall perspective of the industry as a whole.

“It was a room in L.A”. “Not anything but a room in L.A. with very nice people dressed up. It’s very cool but my work’s not based on what happens in or around that room. This cannot be the basis of what we do. That for me was the revelation.” Selma walked away with an award for best song, Glory, and lost the best picture award to Birdman, but DuVernay clearly walked away feeling even more energized and determined to continue to tell the stories that give studio execs a reason to be nervous.

She also cited Oprah as a lifesaver and the catalyst for helping to get Selma off ground. Winfrey attached herself as a producer. That was followed by Brad Pitt’s Plan B, which also helped to spearhead 2013 best picture winner 12 Years a Slave.

DuVernay also revealed that she drastically altered Paul Webb’s initial script but had to live with the fact she wouldn’t be assigned any recognition for it due to contractual reasons.

But in the end her overall message hinged on the reality that Hollywood is still not ready to acknowledge or celebrate the notion that people of color can excel in character driven vehicles that are devoid of serviced humiliation.

When answering a question about how it took so long for the story of Selma to grace the big screen, DuVernay supplied a weighty answer, “Obviously the studios aren’t lining up to make films about black protagonists”. “Or about freedom and dignity as it pertains to black people and people of color being the driver’s of their own lives”.