Looks like shows that center on middle-aged women dashing out of their burned out marriages is all the rage these days. Bravo seems to have scored with their latest installment, Girlfriends Guide to Divorce 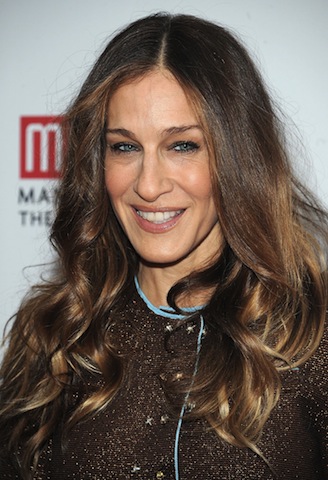 and now HBO is reuniting with Sex and the City alumn, Sarah Jessica Parker for a new comedy that will surely be a far departure from their previous collaboration.

Divorce will showcase Parker who is also producing as a woman who like her Carrie Bradshaw, takes the advice of her friends very seriously. After internalizing the encouragement of her two closest friends, her character decides to abruptly broach the notion of divorce to her husband. Once the subject is being contemplated, she finds herself having second thoughts but ends up being forced into it after her husband finds out that she has been cheating on him the whole time.

Sounds like it will offer all the ingredients that make for a tantalizing mix of seductive mayhem.

I guess we should be grateful that despite the epidemic of Reality TV – writers are still capable of creating the stuff we can’t wait to bite into.

The deal for Divorce is still being finalized but something tells us that nothing will prevent it from “lift off”.