Vogue Magazine has enjoyed a phenomenally distinguished ride since its conception back in 1892 when Arthur Turnure was compelled to initiate a weekly publication in the United States. 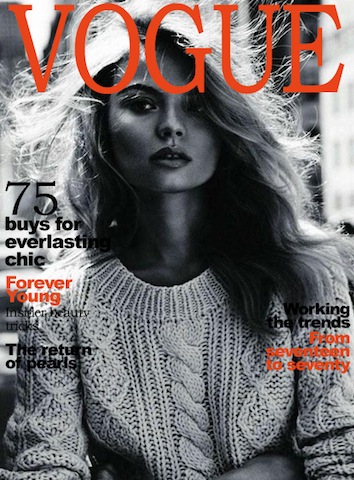 After his death, in 1909, Vogue officially became a part of the Conde Nast family when Conde Montrose Nast acquired the pub and began the task of revamping and re-structuring. We can now attest that all the hard work paid off.

Vogue Magazine has evolved into a globally respected institution that is incomparable and steadily inspirational particularly in the selectively chaotic world of fashion.

HBO has decided to illuminate the timeline of this beloved pub in a condensed but seemingly crowded documentary, In Vogue: The Editor’s Eye, that effectively elicits the help of current editor-in-chief Anna Wintour and the International editor-at-large Hamish Bowles among others. Both Wintour and Bowles weigh in and provide their personal memoirs vocalized and dramatized in a way that propels the mythology behind the inner circle responsible for such an indomitable legacy.

For those of us who swiftly recognize names like Grace Coddignton, Diana Vreeland, Polly Mellen and Jade Hobson, this nostalgic ode to Vogue will be  a medley of behind-the-scenes treats, detailed editorial characterization, and the key to the golden gate that reveals a haven deposited solely for our viewing pleasure.

To read more about this ambitious project, click here.