Since Beyonce captivated the world and all of our senses with her latest and most inspirationally ambitious masterpiece to date – there have been a plethora of interpretations and analytical fare doled out – in an effort to honor the momentum of – Lemonade.

While some of the experts have professionally blazed the social media trail with viral-conscious confections – we have to admit that this latest homage to the album of the moment is going to be hard to top. 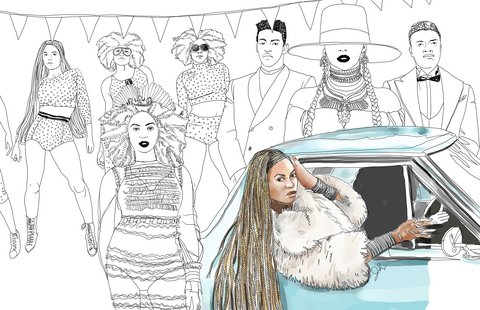 Jessie Kanelos Weiner – an articulate illustrator was in Paris – at the time Beyonce staged her impeccable debut, which meant that she wasn’t privy to all the fuss until she woke up the next morning.

The 30-year-old promptly headed to Tidal and downloaded the visual splendor and became instantly smitten with the weighty verses set to gorgeously emancipated imagery.

Weiner was so taken by the breathtaking doses of enlightenment that she decided that the album would be the perfect soundtrack to her own project. It didn’t take long for the artist to begin work on what is now known as #colormelemonade – a coloring book that captures the key stages of the visual album including the scene of Beyonce triumphantly skipping to the anthem of her victory in the unforgettable canary-yellow Roberto Cavalli dress. 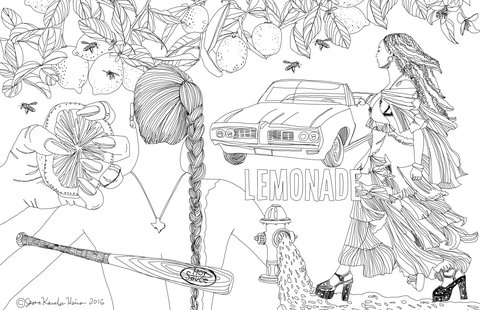 Weiner – was happy to release her sketches for all to see but as of now – it’s too early to boast about the promise of a fully implemented book – although she is leaving room for that possibility.

While speaking to Vogue – the artist confirmed her present motives – “It’s just a personal project as of now, but we’ll see. I just wanted it to get out into the world.”

Hopefully Blue Ivy will be able to get her hands on the final result – that would be the ultimate tribute to a superstar mom who continues to run the world! 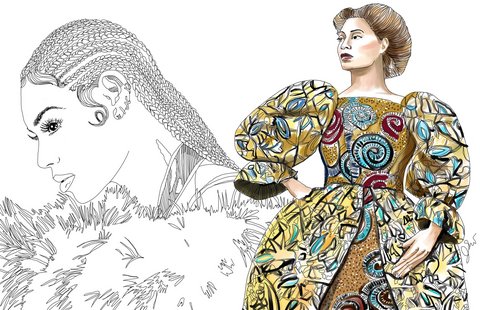