Trendy Fashion Report: Lupita Gives it all for Vogue!

We all knew this was coming; it was just a matter of when. After months of being globally squired by the industry’s elite, Lupita Nyong’o finally landed on the cover of Vogue Magazine, 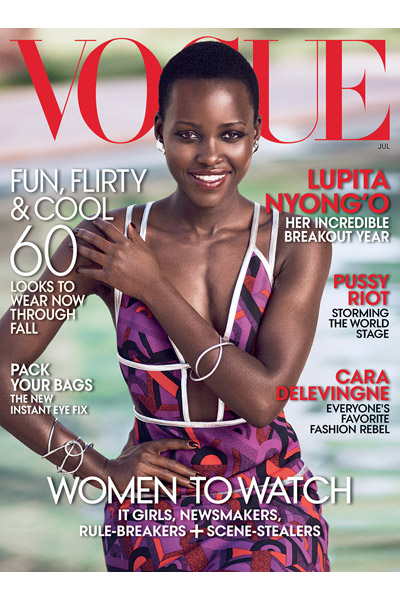 a coveted spot that is expectedly having the opposite effect on witnesses compared to when Kimye shared the same honor not too long ago.

Yep! This time the general consensus is tipping the scale in the Wow factor. Fashionistas, bloggers, critics, fans, basically anyone who has been obsessed with the Mexican-born Kenyan actress, are all ablaze with contentment at the sight of the striking Oscar-winner splattered on the pages of fashion’s longstanding bible.

Under the precise direction of Hamish Bowles, Nyong’o is swaddled in delightfully primitive fare, with the supreme magnificence of Marrakesh providing the proper backdrop. 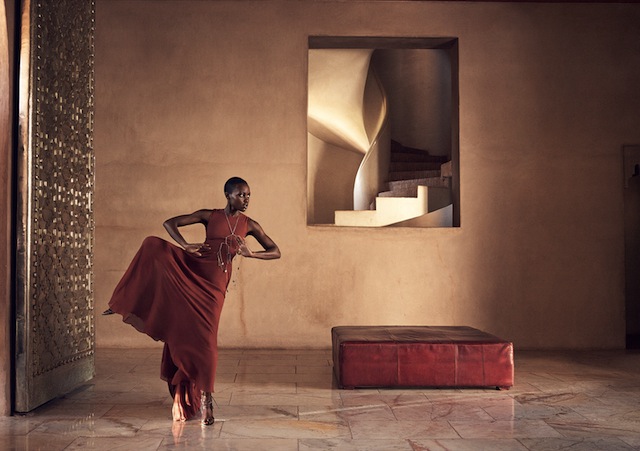 “Stunning” “Breathtaking”, “Elegant” “Chic”, “Poised” – the gorgeous 31-year old has enjoyed a plethora of head-bursting descriptions, and thankfully she has lived up to every one of them.  The photo spread is a testimony to Nyong’s uncanny ability to command the lenses while leaving all her revelers smitten. It’s definitely a case for her spotless durability.

In addition to being Vogue’s latest Cover Girl, Nyong’o was also recently named the new face of Lancome. She is also experiencing a career high, aside from winning the Oscar, she will also be featured in the upcoming Star Wars VII.

They say when it rains it pours. For Lupita Nyong’o, the hits just keep coming!