Sarah Burton unleashed a swarm of bees, all suitably embedded in her hybrid colonial and prudently secular collection. 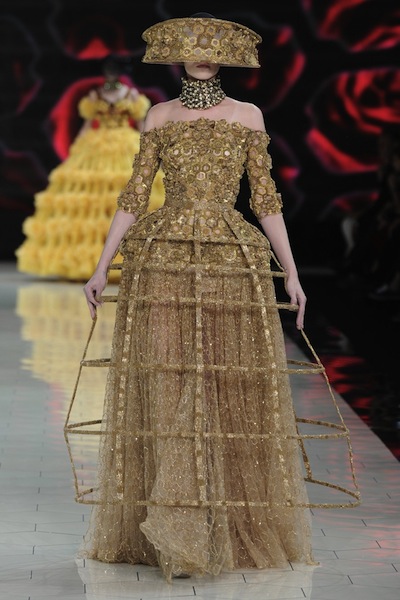 The headpieces gave away the fact Alexander McQueen’s resident costumer decided to invest her interests in the harmonious ethics of these astutely dynamic insects. The fact that the females in the hive dominate the fold and are the architects of the impeccably constructed honeycomb inspired Burton to delve into the well and re-surface with pieces that echoed the sensual magnificence of GIRL POWER.

All the form-fitting silhouettes were rife with decadently cascading ruffles, gatherings of lace confections, and carriages of netting, plus the evoking images of embroidered bees. All these elements including the susceptible color scheme that geared towards honey and black, seemed to emphatically worship the beloved worker bees.

The streamlined corsets and celestial tapestry protectively canoodled the curvatures of the female form particularly the hips, which seemed to intrinsically be the focal point of Burton’s creations.

There were gorgeous displays of romantically inclined formal gowns that were dramatic in presentation with hints of clean naughtiness.

It was another theatrical production that would make any costume designer riddled with glee and turn a garden party into a scenic spectacle. 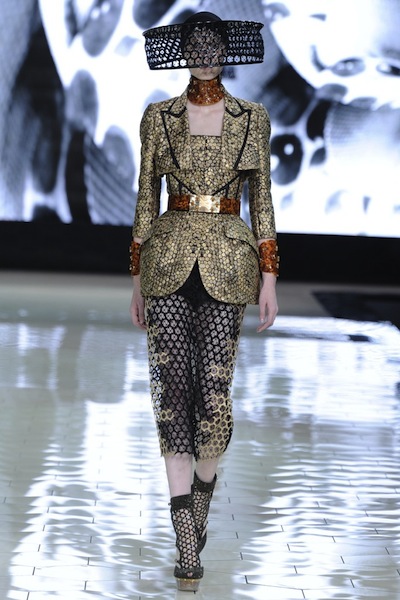 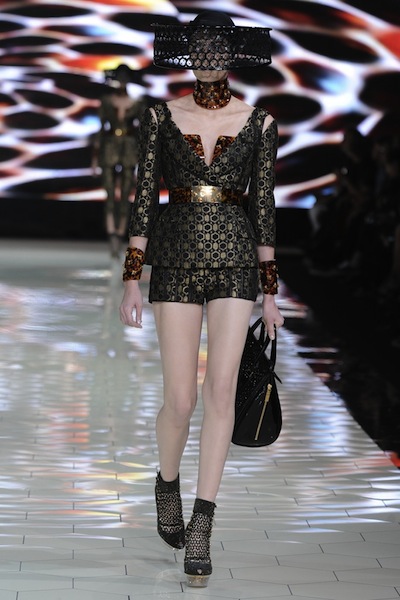 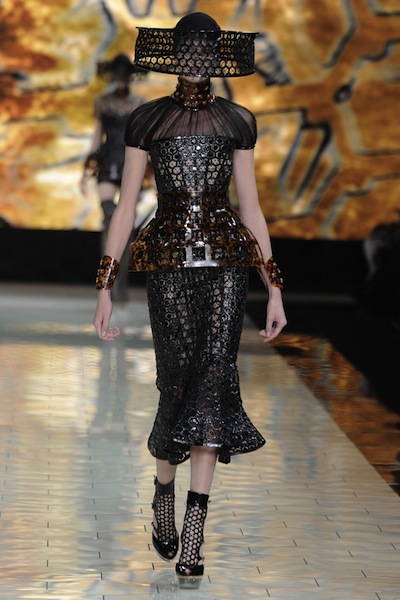 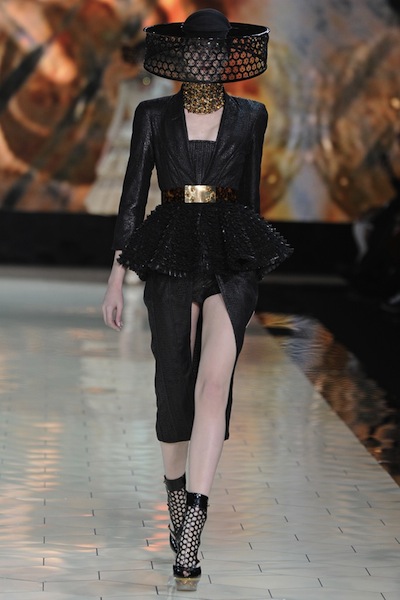 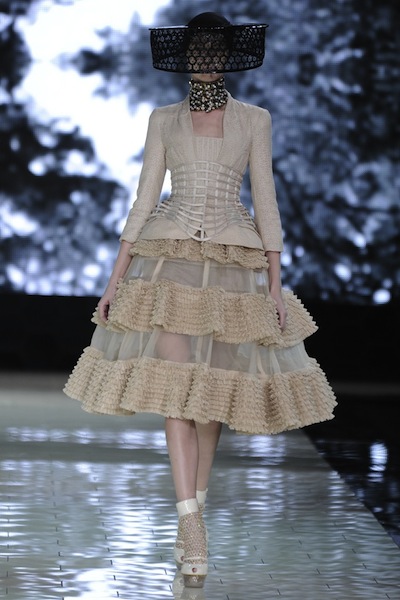 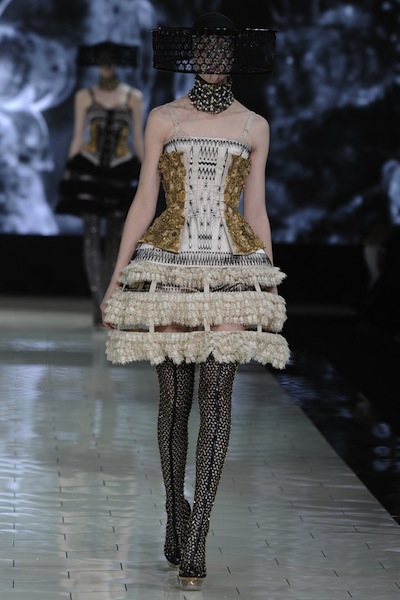 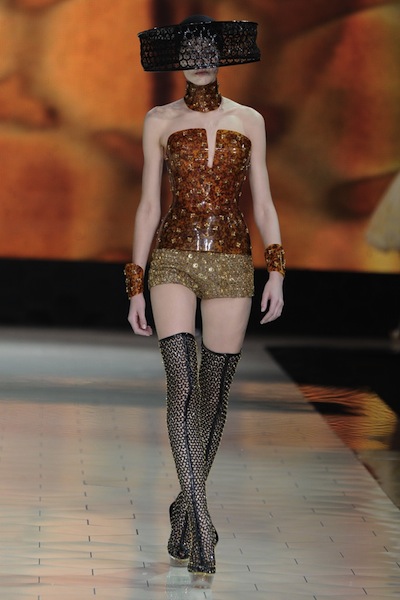 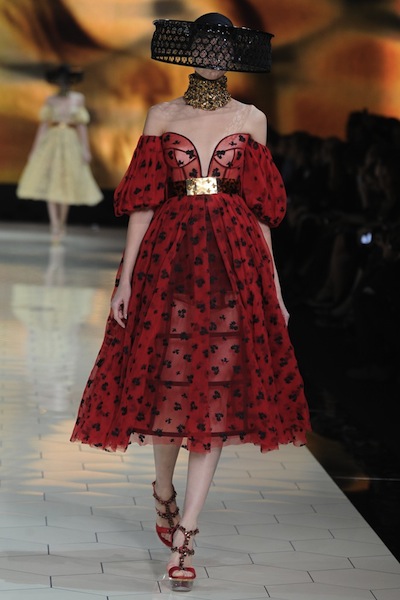 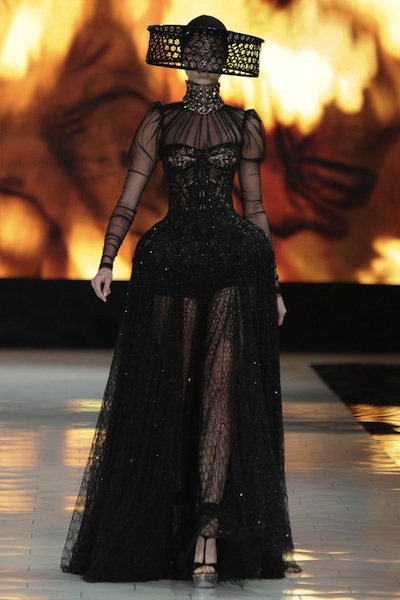 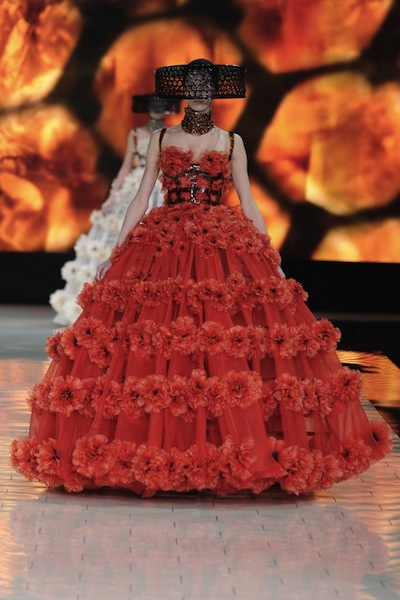