Trendy Notes: Obama and Romney – Round One

So a lot has been categorized and scrutinized after the highly anticipated face off that finally occured between President Obama and GOP Presidential hopeful Mitt Romney, Wednesday night. Bottom line: Romney was the aggressor while Obama played the more passive role. 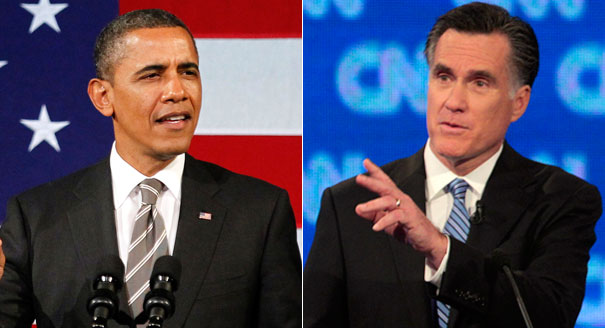 Immediately after the show was over, the cable news stations quickly tallied the results and declared Romney the winner of the night. It was quite obvious that Romney entered the arena well suited for the task at hand, armed and ready for battle and eager to show off his newly acquired showmanship skills which were sorely missing at the Republican convention. This was an opportunity for him to present himself in a way that would set the tone for the rest of his campaign and solidify his reputation as a potential world leader. According to the polls and the pundits, Romney fulfilled all those requirements and more. It is true that last night we witnessed a sharper more refined version of Romney, and his energy level was definitely at an all time high, but I am not so sure he was as convincing  or as heroic as the town criers are proclaiming.

He absolutely benefited from Obama’s more sedate demeanor, the President seemed very low key and somewhat distracted which made it easy for Romney to shine regardless of whether or not he deserved to. President Obama’s performance could be rated as disappointing and not quite up to par when you consider his penchant for public speaking, not to mention persuasive charisma. He didn’t seem to have the drive or the passion that dazzled us four years ago when he was propelling his Yes We Can mantra. But that doesn’t mean that the man we elected and trusted with the highest job in the land isn’t capable of finishing what he started. In my view, Obama’s temperate and sometimes agitated vibe seems sensible and understandable – the guy has been busy tackling the financial crisis, defeating the terrorist who brutally attacked our country and trying re-establish America’s stance as a global super power. So if he failed to underwhelm Wednesday night that’s probably because he is still suffering from the repercussions that come with dutifully managing the affairs of an entire nation. I am pretty sure that if the roles were reversed, Romney wouldn’t have been able to match the performance he delivered with as much enthusiasm and wit. He now has the advantage of being the one who promises to bring a fresher more dynamic approach as opposed to his opponent’s supposedly stifling and redundant methods. Romney did a good job of setting the stage for what will be a pretty fascinating race to watch, and that was the one positive that came out of Wednesday’s verbal match.

As for whether or not Obama suffered a major setback, based on the polls, the answer would be a resounding yes, but in reality, the President is still as popular as ever and has an excellent chance of crushing his competition especially if Romney’s average disposition received such glowing reviews.

It is certainly going to be an interesting couple of weeks ahead. Let the good times roll!