The 90’s definitely ushered in the era of the supermodels and inspiration for Madonna’s iconic hit, Vogue.

It may seem like the era of flawlessness is behind us but according to the scribes of design house Balmain, we can’t discard the blueprint of what was once regarded as endless fabulosity.

So, it makes sense that designer Olivier Rousteing saw it fit to summon the gorgeousness of Naomi, 45, Cindy, 49, and Claudia, 45 for his latest campaign. 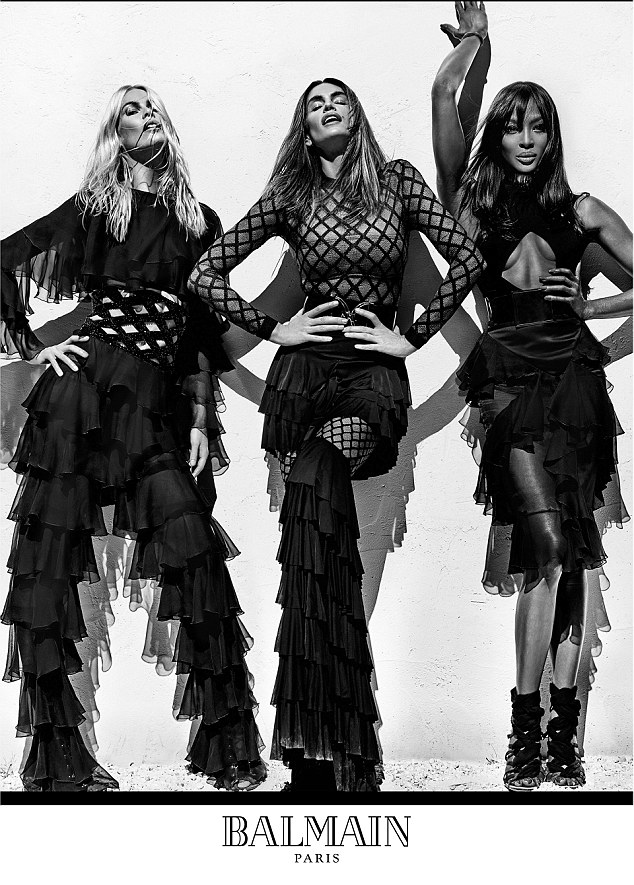 If you can’t remember their last names – then you’re not worthy enough to ready the rest of this article.

All three women expertly helped Rousteing launch his spring/summer 16 collection and we have to say that his decision to fall back on glorified nostalgia paid off beyond measure.

The creative director of one of the most esteemed fashion houses in the world admitted his pure joy at the prospect of working with what we can classify as revered legends.

“While we shot these images, I had to smile as I imagined how my adolescent self would have reacted with utter disbelief if someone could have traveled back in time to tell me that one day I would be in a New York studio, watching Steven Klein shoot Cindy, Claudia and Naomi for my Spring 2016 campaign – for those four singular talents have inspired me from day one. 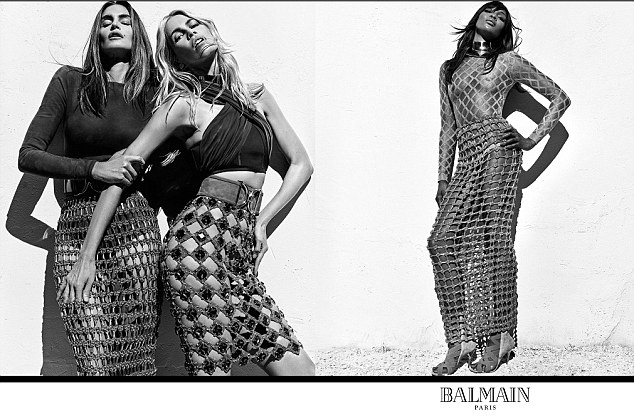 The images definitely reflect the fact that one a supermodel – always a supermodel. Despite the fact all three gals are securely in their forties – they slay beyond measure and make younglings Kendall Jenner and bestie Gigi Hadid look remarkably insignificant – in the grand scheme of things.

Maybe they can teach the newly anointed duo a thing or two about what it takes to hold the modeling world hostage for over a decade.