‘Empire’s’ Ratings Dip Signal Trouble But Why Is 50 Cent So Stoked?

Fox’s cult favorite Empire wasted no time in proving that it was a worthy investment – thanks to the winning combination of hip-hop fantasy and gangster glamorization which almost always ensures a darn good time when translated for entertainment.

It also doesn’t hurt that the main stars are recognizable names that have clocked in enough time and experience to garner an immediate following. When all the elements flawlessly come together – there is the hope that the gratifying ascension will continue as long as expectations are consistently met accordingly.

As with every hit show – especially with the steady trend of diversity populating the TV landscape, the goal is to reinforce its popularity by bloating each episode with as many celebrity guest stars as possible in an effort to woo even the most valiant skeptic who may be reluctant to buy into the hype and grandeur.

Empire is playing into the sophomore formula brilliantly by showcasing a parade of stars for the second season – Marisa Tomei, Chris Rock and Tyrese Gibson to name a few have all been enlisted to help beef up the highly-anticipated second seasonof the bona fide hit staple. Undoubtedly this was a strategic move on the part of co-creator Lee Daniels who clearly comprehends the power of nostalgic reunions and how those can play out advantageously. Gibson, best known for his role of Roman Pierce in the Fast and Furious movies co-starred opposite Empire’s leading lady, Taraji P. Henson in 2001’s Baby Boy so the notion that they would be resurrected in a similar fashion can’t be downplayed.

There is also the element of the all-embracing story lines that are relevant ingredients when it comes to encompassing the currently vibrant climate that caters to the LGBT community and anything else that would have been fiercely avoided a decade ago.

But as with all things – keeping up the momentum of a fiercely beloved show can be a challenging exercise and it looks like Daniels may have to scale back his roaring ideas in order to prevent the steady loss of his army of viewers.

The numbers are in and while the season premiere drew was impressive enough – it was also confirmed that there were 18 percent less viewers. In the grand scheme of things, this isn’t anything to sob about but it is an indication that Empire is slowly losing steam. Historically when this happens with a relatively new offering – the sudden dip either continues to spread like a virus or is creatively curtailed to guarantee survival.

It is highly unlikely that Fox’s latest gem will suffer an untimely demise due to the still well coordinated machine behind it but if rapper and actor 50 Cent has anything to say about it – he would gamble on the fact that Empire has reached its peak and is poised for an inevitable descent down to the bottom. 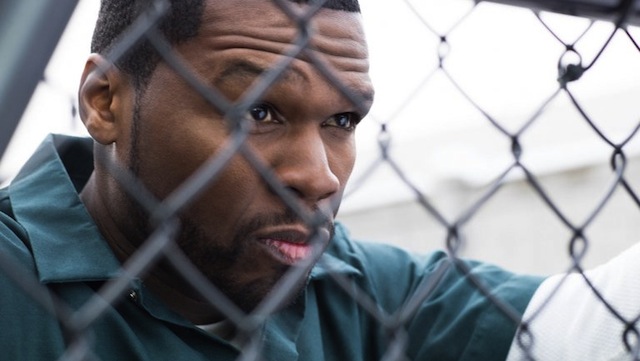 Obviously the Queens, NY rap mogul is in competition with the show that he claims was ripped from his solid version – Starz’s Power, a grittier more astute tale of what it entails to run the streets and stay alive. In addition to acting duties, 50 Cent also serves as executive producer.

Once the word spread about Empire’s dip in the ratings, 50 Cent immediately jumped at the chance to knock the show down a few notches by stating on Instagram that the “extra gay stuff or celebrity stuff” is to blame.

The post has since been deleted but enough people took notice especially when he generously offered his services to Cookie – “COOKIE CALL ME BABY. I’ll tell everybody to watch the show for you”.

Based on the rise in viewership of Power as evidenced via social media and the recently announced TV producing deal 50 Cent signed with Starz – Cookie may want to consider an ambitious cross over – after all what are friends for?