For the May cover of Harper’s Bazaar, Oscar-winner Lupita Nyong’o is back to remind us why she become the ambassador of what many describe as a the “new face of beauty”. 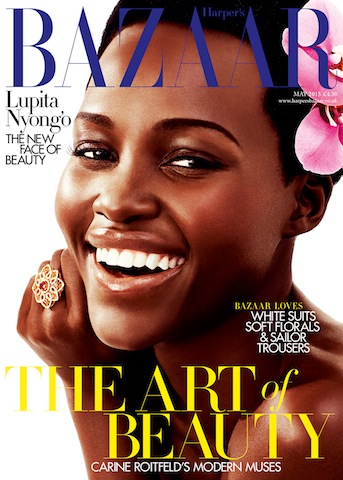 The Mexican –born, Kenyan stunner is showcased in a vibrantly immaculate spread that adequately maximizes her succulent skin tone and delicately primed features. The pastel hues and floral décor add a plush effect to the images that literally give the 30-year-old actress an iridescent glow as she flashes her pearly whites contently. 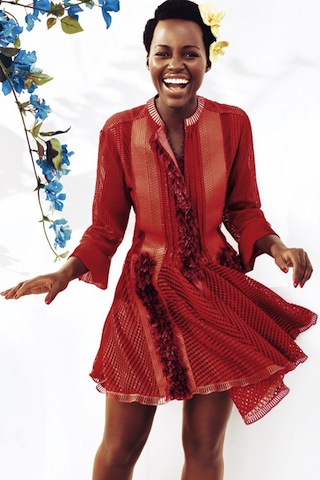 As expected, Nyong’o beauty routine is minimal at best. She confesses that she only dolls up for red carpet events, preferring to only allow her skin the basics. And even though her short hair has become her endearing signature look, this wasn’t always the case. “I didn’t always wear my hair short. In my adolescence I always had long hair and it was relaxed”. But like most black women, the trips to the salon and the high cost of keeping up appearances began to take its toll. “After the age of 19 I just got really fed up with going to the salon and it taking so much effort to look presentable before you leave the house”. “So one day I decided to cut it off and my mother was unamused. But she came around”. 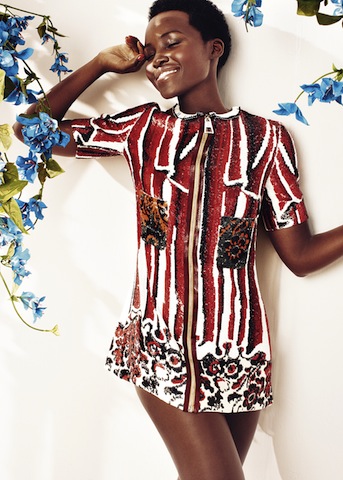 And that began the evolution that is still in the making as Nyong’o continues to be a trailblazer in an industry that still has plenty to learn when it comes to embracing beauty without bias.