In many ways E! Fashion Police co-host Giuliana Rancic made my dreams come true. It is Black History month and typically this is a period when we all try to be politically correct and adhere to the standards of decorum as it pertains to Black America. 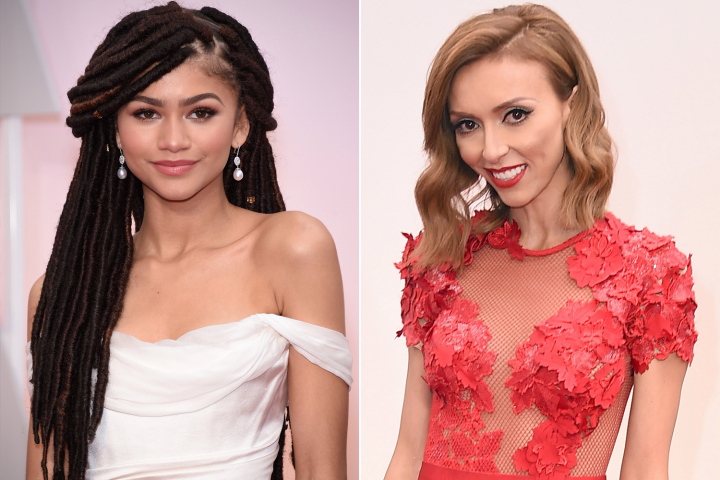 But we are now embodying a time of racial casualness and recklessness. It is regulatory for blacks to be shot down without consequences and that realization is devastating but it also gives white people the right to be inexplicably deplorable. The practice of reducing black women to filth has become an acceptable form of currency amongst white women and the opportunity to retaliate has remained dormant until now.

As a woman of color who rocks natural hair, I have my good days and bad. Our unique texture takes on various forms that have the capability to incite debate. When the bad days hover, I am ready for battle. I got my wish when Rancic dared to venture in a territory that very few like her would ever dare. 18-year-old singer and actress Zendaya Coleman, who we can all agree is too cute for her own good, graced the coveted red carpet, sporting dreadlocks. The “fashion police” was in full effect, as Rancic blasted the teenage star for choosing a hairstyle that looked like it reeked of “weed” and patchouli oil”. Yes! Finally! A white woman who is fearless in her quest to diminish the worth of women of color – it is too good to be true and I am more than ready and capable of rising to the occasion.

First off, this is not the first time Rancic has been bitchy about black women embodying ethnic hairstyles. She was distinctively rude when she tried to categorize Solange Knowles’ formidable Afro. I remember writhing with contempt as I listened to her carelessly rant about how and why Solange looked “unkempt”. But at least she remained within the confines of reason – even if it could be internalized as ignorance. But her latest rampage can’t be ignored because the borders have been crossed and the missiles have been fired off without warning. I am not going to tamper my anger and frustration at the fact that white women enjoy reducing black women to rubble.

The segment that showcased Rancic and her crew mocking an 18-year-old starlet for daring to attend the Oscars sporting dreadlocks is the moment that I relinquished my ability to be politely decline the implications that accompany such actions. There is nothing wrong with not being a fan of dreads. But there is something inherently wrong with vehemently condemning the culture that fuels its existence. If you study its emergence, there is a defining thread that reunites the existence of dreadlocks that surpasses vanity. It’s a spiritual endeavor that challenges its subjects to embody the characteristics that garner the right to such an acclaimed regimen.

Many who indulge in this lifestyle aren’t privy to the rules and regulations but they are disciples because of the need to make a statement. However, one can argue that wearing dreadlocks is a decision that requires a level of religious convergence, since its genesis was grasped from the need to be soundly reunited with the primitive threads of existence without any hints of Western influences. It is no coincidence that Bob Marley, who spent his lifetime echoing and championing the disposition of Afro-Caribbean people, proudly rocked dreads. For him it was a symbol of righteous recognition and a fuck you to outside forces threatening the blanket of awareness that needed to be heralded and reinforced. One can’t help but wonder how he would react to a white woman vehemently demeaning a teenager who confidently decided to wear dreads to one of the most formidable events on the planet.

Giuliana Rancic, a co-host on a show featured on a channel that is known for its contribution to pop culture tore apart Zendaya for wearing dreadlocks to the Oscars. She deemed it inappropriate and speculated that her hairstyle possibly reeked of “weed” and “patchouli oil”. After you digest the derogatory implications of her statement consider the social ramifications.

Rancic like most white women dwells in a bubble of her own making and can’t be blamed for her ignorance because society has given her the right to be blissfully abhorrent. White women are cuddled and celebrated for scholastically exhibiting what they denounce, without fear of rejection. Black women however have the danger of ridicule because our package can’t be neatly packaged in a bun. We require an extended thesis that doesn’t need explanation unless you are kinetically dismembered mentally. White people are tragically disconnected and hapless when it comes to acknowledging the unfamiliar.

What E! Television and Giuliana Rancic achieved is deplorably shameful and makes my blood boil with vengeance. Pairing the effects of weed to a dreadlocked-wearing recipient is unforgivable. Aside from the inappropriateness that comes with uttering the reference of weed in alignment with a teenager, it indisputably classifies dreadlocks as a hairstyle that can’t be equated with glamour. Glossy, shiny tresses will always be the staple but ethnically inclined options should never be shunned or ridiculed.

America has been lauded as the “land of the free” and “home of the brave”, but is it really? From where I am standing, the peoples who have the power to pack a punch are the ones doing the forecasting. But I am here to thwart their efforts. White women are not permitted to belittle the holdings of black women. They should remain intertwined in the scope of their own understanding. Venturing in uncharted territory is a journey that won’t end well.

Zendaya Coleman attended the Oscars and expected to be feted in the same manner accorded to her peers. And instead she was blasted for daring to grace her presence with a hairstyle that white people consider “unsanitary” and “inappropriate”. I know some of you black folk share a similar sentiment but at least you keep that under wraps.

The honchos at E! Television have yet to release a statement acknowledging and denouncing the dire actions of one of their own. This is unacceptable and ripe for demolishment. This is the time to speak up and stand up for anything that resembles derogatory fodder – and as far as I am concerned E!’s Fashion Police crossed a line that threatens to impede the natural progression of impressionable black girls. And that’s an offense that warrants verbal flogging. But an indefinite confinement will do.