The frigid temps and slushy sidewalks still persists but if you are yearning to escape to paradise, you may find it this coming Monday. February 10 when AfroPoP: The Ultimate Cultural Exchange serves up an endearing confection straight out of the Caribbean Island of Curacao. Boys of Summer captures the inspiring journey of a team of young baseball players, as they struggle through mountain of challenges that could prevent them from competing at the Little League World Series. 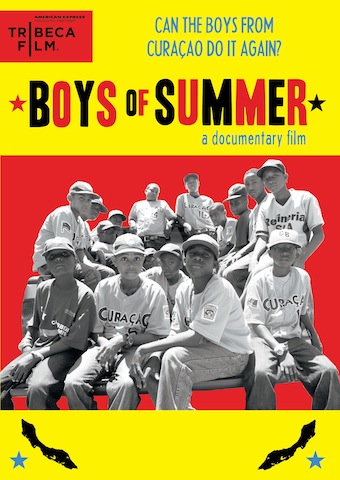 Directed by Brooklyn based filmmaker, Keith Aumont, Boys of Summer is a film that will warm your heart and make you believe in little miracles. It has already garnered the Latin American Film Festival Audience Award for Best Documentary, and now it has the honor of being added to the acclaimed AfroPoP series, which aims to highlight the cultural achievements in the African Diaspora.

Actor Anthony Mackie best known for his roles in films like The Hurt Locker and She Hate Me will fulfill his hosting duties with the help of the National Black Programming Consortium (NBPC) and American Public Television (APT).

Aumont, who began filming Boys of Summer back in 2008, has clearly invested a good amount of time tracking the activities of the Curacao Little League All-Stars who boast a team of thirteen players. Interestingly enough Curacao is now officially known as “the new baseball island”, thanks to all the attention they have attracted from their dedication to the sport.

NBPC Vice President and Director of Programming Leslie Fields-Cruz, who also served as Co-executive producer of the series, promises that this film will  keep you on the edge of your seat as you witness the team weather the terrain of highs and lows.”Viewers of Boys of Summer are in store for a heartwarming but nail-biting adventure as they become captivated by the lives of these children and their David-Goliath fight”.

For more information on Boys of Summer – Click here. To learn more about ‘AfroPoP”, visit – www.blackpublicmedia.org and to check your local listings visit – www.worldchannel.org