As the year draws to an end, cover wars rages on and now we have a new set of industry beauties that are gracing their presence on high-profile mags across the globe.

Singer Rihanna is a tabloid favorite and is used to the intense scrutiny especially after her dramatic relationship with Chris Brown went awry. 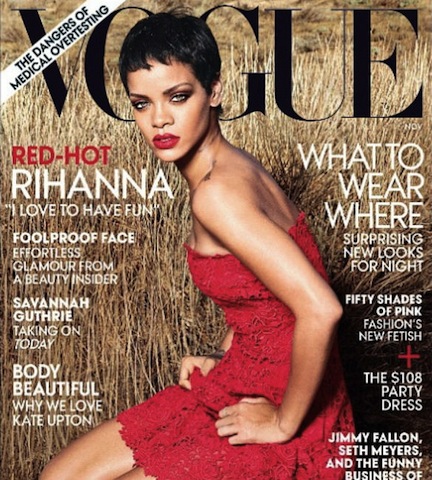 But the 24 year-old seems to be handling the unwanted intrusion with grace and prefers to focus on her Red Hot career and it looks like her dedication is paying off. She has just scored her second American Vogue Magazine cover. And she looks incredibly fetching! The short do, and luminous skin provide perfectly compliment the field of dreams in the backdrop.  She is a natural beauty in her element; clearly enjoying the benefits her hard work and versatility.

Another major beauty who is unapologetic for her genetically blessed template is actress Eva Mendes. You don’t have to speak French to be able to understand how gorgeous Mendes looks on the cover of Glamour, Paris. Her relationship with actor Ryan Gosling has garnered much attention but she is much more than a well-paired starlet. The actress recently took a trip to Sierra Leone in an effort to bring attention to the plight of women in the region. The violence and helplessness touched Mendes and she has vowed to help eradicate the problem. Multi-tasking is an art form that Mendes has clearly mastered, and she looks good doing it!

Actress Nicole Kidman has been in the mode of self-discovery ever since her split from superstar Tom Cruise. We have to say that she has blossomed into an accessible stunner with blinding talent whose career knows no bounds. She recognizes her transformation and credits her loving spouse Keith Urban for awakening her senses and sensuality. He also gave her two amazing daughters, a feat that she was unable to pull off when she was betrothed to Cruise. As corny as thisy may sound, Kidman’s youthful vibrancy on the cover of Harper’s Bazaar proves beyond a doubt that love does conquer all! 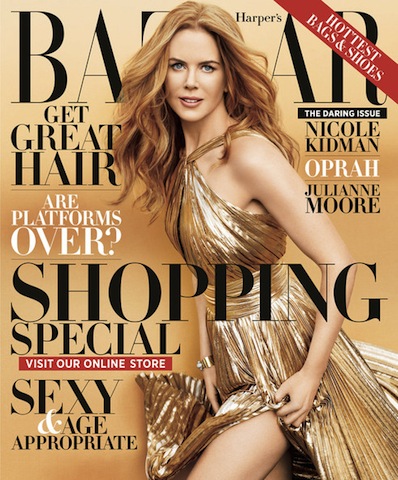 Now to the grand finale! Actor Brad Pitt is an enigma, and all we can do is gasp in awe as we re-collect is energetic career and accept his now more mature countenance. His lifelong collabo with his life partner Angelina Jolie is fascinating and re-assures us that the gods are definitely working overtime when it comes to making sense of the chaotic energy in the air. There is nobody cooler than Pitt and we are excited for what lies ahead for this gorgeous specimen. In the meantime we will settle for his spread in Interview Magazine. 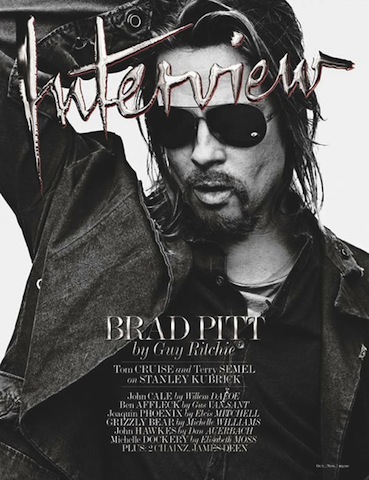 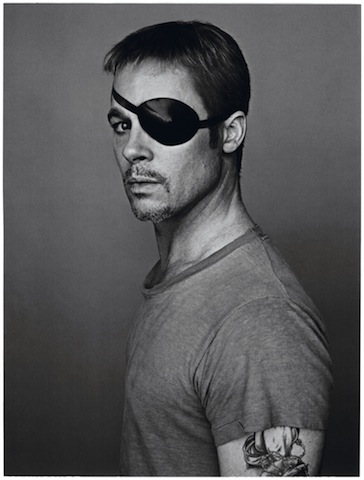