Oscar 2015 didn’t deviate that far from the norm. Neil Patrick Harris held down the fort and despite mixed reviews – he did a decent job navigating the choppy waters that manifest when you are tasked with keeping Hollywood’s elite in check. 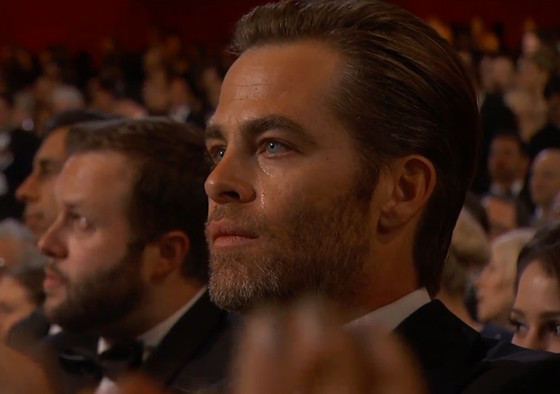 It’s a loaded assignment that can paralyze even the most esteemed performer but the Doogie Howser, M.D. alum managed to maintain a consistent level of decency except for the underwear skit that seemed like a desperate attempt at a comedic interlude.

The 87th Academy Awards ceremony adhered to the standard playbook with a few mandated highlights. Lady Gaga’s tribute to The Sound of Music’s 50th anniversary was exceptional and phenomenal. Clearly Tony Bennett’s influence can’t be understated but we also hope that she returns to the elements that made her radically lyrical. But for now we will settle for Julie Andrews giving her a shoutout and pronouncing her name the way only a Brit can muster.

The Grand Budapest Hotel was the most celebrated film of the night and watching director Wes Anderson garner so much praise from his collaborators was a testament to his brilliance. He was robbed of the best director prize but it was clear that he was in a league of his own.

Eddie Murphy who barely registered during the SNL40 festivities was prominently featured during the Oscars and ended up presenting one of the top awards of the night. It was nice to see him being utilized that way. It was also clear that this was his middle finger to his former institution that tragically underestimated his worth.

Patricia Arquette’s best supporting actress win for formidable work in Boyhood wasn’t a surprise but her acceptance speech was. The actress was on her way to being the template of what a modern feminist looks like as she begged women of color and the gay community to help support equal wages for women – but unfortunately her plea didn’t resonate accordingly. In fact most people hated it – mainly because she is a white privileged woman asking society’s scapegoats to help propel her to even greater heights. But at least Meryl Streep and Jennifer Lopez got to bond during Arquette’s heartfelt rant.

J.K. Simmons who won a best supporting Oscar for his creepy role in Whiplash, set the tone of the night by acknowledging the awesomeness of his wife and parents. “Call your mother” was his parting mantra and that instantly started trending.

Best adapted screenplay winner for The Imitation Game, Graham Moore initiated the hashtag of the night – #StayWeird #StayDifferent. Moore made us believe that the nerd in us stands a chance if we remain committed to the journey.

Terrence Howard was disturbingly invested in introducing best picture nominees The Theory of Everything and Selma. It was hard to watch and made us wish he had indulged in the green stuff before approaching the stage.

Jennifer Hudson’s performance in honor of the dearly parted was adequate but unnaturally heartrending. The performance by Common and John Legend for Glory was expectedly moving and gut wrenching. Legend’s acceptance speech in response to the best original song victory was memorable. So was Chris Pine’s reaction. The impossibly handsome actor inspired my best tweet yet – “When white people with blue eyes cry their eyes look like jewels on fire”. I also declared that based on Pine’s Twitter appeal, it was obvious he would have no problem getting laid after the festivities.

It is fair to assume that Chris Pine was the golden boy of the night! Sorry Oscar!

Julianne Moore won best actress for Still Alice and Eddie Redmayne won best actor for The Theory of Everything and they graciously received the honor without giving any indication that they already knew what was coming.

Birdman won best picture, which seemed vaguely disappointing after Boyhood had enjoyed most of the adulation but that was the assigned upset of the night.

Neil Patrick Harris most likely won’t be asked back and The Academy will continue to be annoyingly stringent – and yet we remain unabashedly loyal!