Now that it is evident that Bill Cosby is willing to play hard ball in order to get those pesky allegations off his back, YouTube has dolled out a vividly stunning video that showcases every woman that has called out the embattled comedian for his gross sexual misconduct. 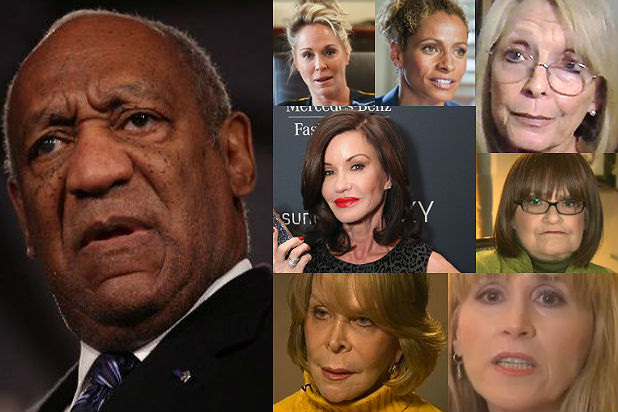 The powerful compilation includes testimonies from Janice Dickinson and the first three women who bravely came forward to share their harrowing tales of rape, drugs and alcohol.

YouTube stands by its decision to unleash the video, which has everything to do with the recent report that Cosby’s legal team has hired private investigators to basically find enough dirt to discredit his accusers.

This is not necessarily a new tactic for Cosby’s team since they have managed to keep most of the filth that has racked up against their client conveniently buried for decades.

Every dog has its day as they say and even though we must honor the “innocent until proven guilty” mantra – it’s mighty hard to dismiss the mounting allegations, especially when all the stories are eerily similar.

The description of the video- reads as follows: “It has now been revealed that a team of lawyers and publicists worked tirelessly to keep Bill Cosby’s image pristine for decades, by silencing alleged victims and keeping the media from reporting their claims, the New York Times reports.” “That apparently all-male team includes $850-an-hour Hollywood lawyer Martin Singer (whose clients include Charlie Sheen and Arnold Schwarzenegger), former William Morris agent Norman Brokaw, his publicist son David, and New York lawyer John P. Schmitt”.