Former ‘Cosby’ kid, Malcolm-Jamal Warner who rendered many laughs at his expense as the only son of Dr. Heathcliff Huxtable played by now embattled and disgraced comedian Bill Cosby visited the ladies of The View on Friday and expectedly had a lot to say about the sex scandal that has literally destroyed his “TV dad”. 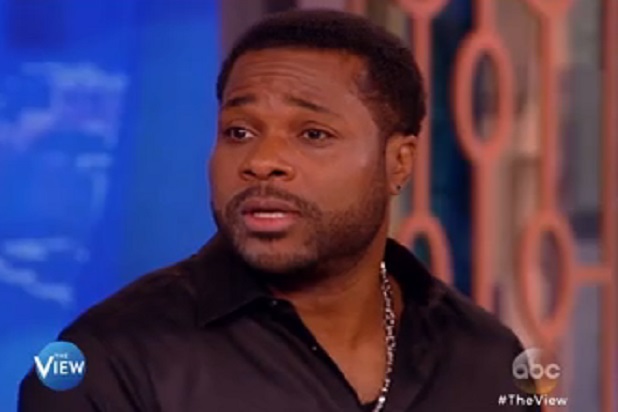 After a touching reunion with ‘View’ co-host, Raven-Symone who played the adorable Olivia Kendall, his step-niece on the show, Warner was questioned about an interview he granted the Associated Press last week where he tackled the unfortunate situation surrounding his once formidable mentor.

Warner noted that his interview was mainly about his music but towards the end he was asked about the “Cosby” issue and his response highlighted his sadness at the fact that ‘The Cosby Show’ is no longer on the air due to the damaging consequences of the serious allegations levied on show’s creator and star, which in his opinion has ruined the once revered sitcom’s legacy forever.

“Of course it can’t help but be tarnished, because it’s no longer on the air, it’s been pulled off the air”.

As the conversation progressed, Warner was visibly emotional when citing the immense contribution and societal impact ‘The Cosby Show’ had on a generation of African-Americans who grew up watching the show. He also noted the fact that sitcom tore down negative stereotypes and even encouraged people of color to go to college.

“When we had images that perpetuate the negative stereotype of people of color, we’ve always had ‘The Cosby Show’ to hold up against that, and the fact that we no longer have that kind of leaves us not in a great place in terms of having the wide scope of the images of people of color”.

He then went on to reference former cast mate Keshia Knight Pulliam who also spoke publicly about the scandal recently while promoting her latest project. Pulliam, who played Warner’s youngest sister, Rudy, seemed to be confident with her belief that the legacy of the show will remain intact despite the strong forces that threaten to bury it.

“Keshia Knight Pulliam said a really interesting thing in that her perspective is the legacy cannot be taken away because of all the good that the show has done cannot be taken away. “The generation of people of color, who have chosen to go to college because they watched that show and because they watched ‘A Different World’, you can’t take that away. And I think that was a really good point”.

He concluded by reinforcing how privileged the cast still feels to have been associated with such a groundbreaking vehicle, “That’s a show we’re all very proud to have been on”.

Towards the of the segment, Warner was shown the new and very controversial “Family Issues” cover of Ebony Magazine that depicts the cast of the show against the backdrop of what appear to be smashed glass. When asked his opinion, Warner was clearly not impressed and chose not to comment. 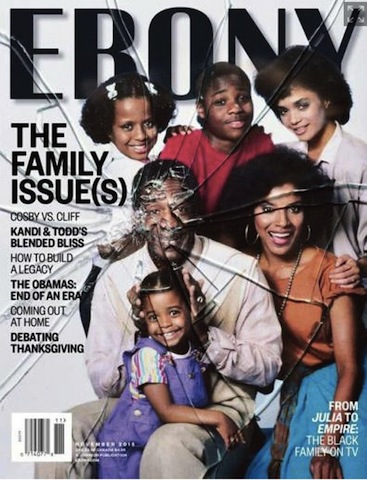 Meanwhile, Bill Cosby’s legal woes are still ongoing with more women coming forward with accusations of drug rape. Cosby continues to deny the allegations and has not yet been criminally charged.