Sony and YouTube Band Together to Release ‘The Interview’ (Maybe)

So…the saga continues with a film that for all intents and purposes isn’t really interesting enough to garner this much attention but the subject matter has propelled it to heights beyond anyone’s wildest imagination. 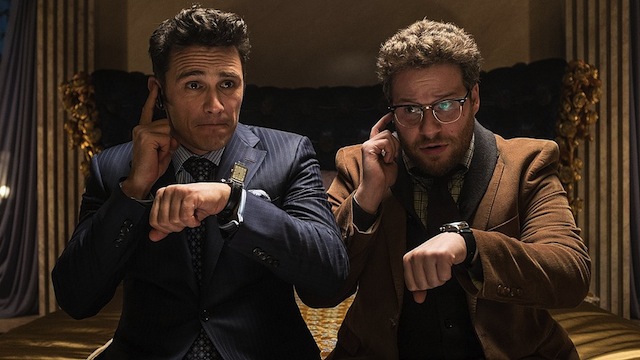 Sony and YouTube have apparently joined forces to ensure that The Interview will see the light of day. In order to view the film you must be willing to give your credit card to the hopefully capable hands of Google. Be prepared to fork out $5.99 to rent or $14.99 to purchase the HD version.

There have been numerous rumors swirling from various outlets about access to the controversial film but what has been confirmed via CNN is that there is a limited release scheduled in a few hundred theaters across the country.

And even though the Sony and YouTube venture is being circulated – it isn’t a done deal.

I guess we have to wait and see how things shape up – but so far the drama surrounding the film’s release is proving to be a lot more entertaining than the film itself.