Hip-hop legend, Russell Simmons has cultivated a legacy seeped in the loins of a movement that seems to be thriving now more than ever. Never one to remain idle, Simmons is now taking on an ambitious project that is undoubtedly inspired by his allegiance to a genre that for better or worse keeps evolving but the roots remain the same. 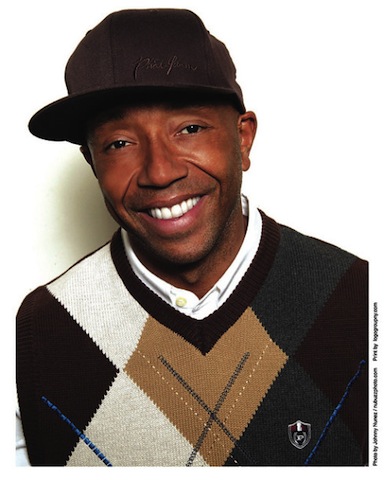 That impenetrable foundation will be the source of Simmons’ material for the musical he will be producing that will celebrate a stretch of time (from the mid 80’s to the mid-90’s) when hip-hop was at its best and flowed with instinctual vibes that captured the essence of its genesis. The same applications that ushered in a salute to another charismatic genre through Rock of Ages will be geared towards The Scenario.

Simmons is reportedly working with Scott Prisand, who produced Rock of Ages in the hopes that his upcoming show will evoke the same entertainingly interactive atmosphere that propelled the success of a show that dynamically reinvented the rock classics of the 80’s.

Simmons’ role in the upcoming musical that is scheduled to make its debut in New York sometime in 2016, will add luster and a wealth of interest from the public mainly because of his contribution to the culture at large. His Def Jam Recordings label which he founded back in 1984 became the blueprint and endorsed outlet for up and coming talent and virtually changed the landscape of mainstream music.

According to Variety, The Scenario most likely will begin its run Off Broadway with hopes of eventually ending up on Broadway. We are betting that will happen sooner rather than later.

tagged with Rock of Ages, Russell Simmons, The Scenario, Variety