#BringBackOurGirls is now a distant memory with random flickers that do nothing more than torture us with the realization that the girls are still missing and will most likely not be returned to their grief-stricken families. 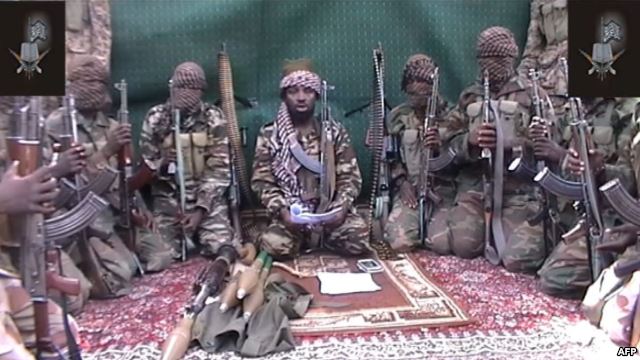 In the meantime Boko Haram has been diligently wrecking havoc across the Northern parts of Nigeria – with confirmed reports that they have graduated to new methods when it comes to implementing terror.

Young girls with ages ranging from 12-14 are now being groomed to be suicide bombers – an unthinkable act of cowardice on the part of the Islamists sect that has been under the steady reign of headhunter and founder and Abubakar Shekau since they began their reign of terror back in 2009.

Churches, boarding schools, bus depots and villages have been systematically burned to the ground, and thousands more have been either brutally snatched without a trace or murdered in cold blood.

President Goodluck Jonathan has done very little to minimize the damage or to convince his citizens and the world at large that his government is competent enough to thwart the efforts of these thriving gangsters.

But thankfully neighboring Cameroon seems to be in a better position to defend their land from the impeding insurgence of Boko Haram, which may have a lot to do with their capable leader – President Paul Biya.

Communications Minister Issa Tchiroma Bakary confirmed on Sunday that the Cameroonian head of state gave the orders for an air strike that forced the terrorists to abandon their makeshift camp at Assighasia – a border town.

Looks like things got a little too close for comfort and after numerous attacks in the area – it was time to launch a defensive and the aftermath shows that it was a success.

Bakary gave a summary of how they mobilized to disrupt the threatening forces on their side of town, “ Fighter planes went into action for the first time since the start of the conflict”. “After two strikes and heavy fire…the assailants fled the Assighasia camp,…losing several fighters”.

The minister also confidently asserted that the attack is still ongoing and once they have effectively emptied the border of all the renegades – the Cameroonian government will release a comprehensive report regarding the mission.

So far 41 militants have been killed as a result of the air raid – and that number is expected to increase as the fighting rages on.