The Sony fiasco has amassed quite a few casualties and the aftermath is still rippling through the entertainment industry and seeping through almost every facet. 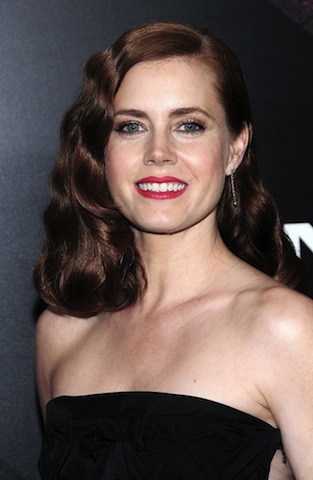 Actress Amy Adams is one of the talents featured in the expose as it was revealed that she and co-star Jennifer Lawrence earned less than their male counterparts for the critically acclaimed American Hustle.

Be that as it may, we are willing to bet that Adams, who is currently one of the most sought-after actors in Hollywood, isn’t losing sleep over her paychecks or the fact that they are not up to par with her leading men.

But The Today Show apparently wanted to confirm that fact and when the actress made it clear that she would rather discuss her new film, Big Eyes instead of the scandal that she is reluctantly embroiled in, the morning show decided to nix her appearance.

Adams spoke to USA Today about her frustration with the decision, “I expressed that I was uncomfortable. I said I would rather not add my voice to this conversation”. “But it was clear they were drawing a hard line. That this would be part of the conversation”. “I was informed that they had decided to pull the interview”. “I was confused and definitely frustrated. I still don’t understand”.

Well – we completely get it. Today has to take advantage of having an A-list actress on their show who happens to be involved in one of the most salacious events of the year. They have to make that count and not playing ball got Adams dropped – based on the statement released by the news outlet, “As a news program, The Today Show doesn’t allow guests to put restrictions on interviews”. “In this case, after hours of discussion we felt uncomfortable with the demands being made, and we determined the best course of action for all parties involved was to cancel the interview”.

It’s a tough one since both sides have valid points but in the end – Adams probably walked away with her dignity intact and that makes her a winner in our book.