William Salter, a former bass player for the late Miriam Makeba, has lived a life mapped out by destiny and equated with an unrelenting talent and consuming passion that has culminated into a collage of moving images and soulful experiences that are immaculately set to the soundtrack of his accomplishments. 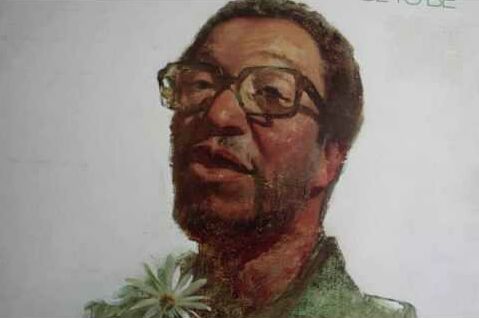 The 19th New York African Film Festival chose Mama Africa as their Opening Night Selection.  The film is a touching and enlightening look at the gorgeously vibrant and eventful life of South Africa’s beloved songbird, Miriam Makeba. She sadly passed away at the age of 76 while performing on stage in Italy in 2008.

Salter had the privilege of working closely with Makeba back in the 60’s, first as her bass player and then as her music composer. In this insightful interview, he recalls the times they shared and how his earlier globetrotting tendencies shaped his still thriving career.

MTB: Take us back to your first encounter with Miriam Makeba?

Bill: I auditioned for her in 1961 and that led to me becoming part of her first trio. I have always been intuitive and can easily interpret and assimilate the attitude of whomever I am playing with so it was easy for me to internalize her style. Her particular genre was new to me but it helped that I also had roots in latin music and jazz. I remember the first time I heard her on the radio and how struck I was by how uniquely different she sounded at that time. I wasn’t sure where she was from but I was immediately drawn to her music. It was excitedly different and I was happy that I ended up being her bass player for 3 years. Actor Harry Belafonte discovered her in a nightclub in NYC around 1960 and got her career going after being blown away by all the positive reviews she was getting. And I was fortunate to get the opportunity to audition for Miriam. And the rest is history. After I moved on from Miriam, I went on to work extensively with Harry Belafonte.

MTB: During those years you spent with her, how was she as an artist and individual?

Bill: As an artist she was a complete professional. Our relationship was similar to the brother/sister dynamic. We rehearsed a lot and had to stylize with the musicians she already had. I became her musical director after the first year because of my easygoing method and my ability to create bass lines to go with what she sang, kind of like a melodic bass line. So that led to her expanding her band of musicians. She was very polite but of course she was human and reacted to whatever situation she found herself in. She was already in exile when I met her, but even when she was challenged by a political crisis or with issues relating to her exile, she was just out in the world singing and immersing herself in her music despite it all. She was very well liked and respected. She was able to amass a following wherever she went. It was impressionable for me to be around her.

MTB: Do you recall how being denied entry into her own country affected her?

Bill: It was difficult for her in the overall sense that apartheid was a bad thing and created a restrictive situation. She saw the similarities between the racial divide in South Africa and the racial unrest here in the States in the 60’s, which initiated the civil rights movement. Black Americans were also being restricted and censored. She noted that the difference was that in South Africa they were more upfront about their views on race while in America you had to find out the hard way that the people you trusted secretly harbored their bigotry.

MTB: How would you summarize the tense racial climate while you were growing up, and how did it influence your musical style.

Bill: I moved to Georgia and started school, and I remember a book called The Story of Little Black Sambo and after reading it I knew there was something fundamentally offensive about the story and the character but I couldn’t really talk to anyone about what was I was feeling. Then I moved back to New York and in time my family found a way to be independent despite all the strife. When slaves became free they were allowed to at least try to make something of their lives and freedom was the sense of the word. There were still struggles, but my family managed to overcome the years of oppression and ended up being entrepreneurs because they understood the value of ownership and planning for the future. 100 years later, it seems like we have made progress due to the tech era that has dominated our existence, but the way of thinking hasn’t really caught up. It depends on your family upbringing.

I realize for myself as a musician when I think about my first job with Pete Seegers, a songwriter and popular folksinger, how important it is to preserve tradition. And it inspired me to be with my present group – The Ebony Hillbillies. We play authentic music that is reminiscent of the late 20’s and early 30’s, when blacks owned their music and were improvisational when it came to creating beats and melodies. But the powers that be started recording the same music we did and made money off of it. So greed basically ruined the genre and the soul died with that. We founded Bluegrass but lost the right to it because of greed and imitation, so we got wiped out.

MTB: Did your work with Miriam Makeba have an impactful effect on your life and career?

Bill: Well, I was always good with music composition, so working with her was like going to university and I picked up valuable lessons which came in handy when I started developing my song writing career, I currently have 3 songs that are internationally known. Music was always rooted in me, like a spiritual thing, as if I was anointed with it. But Miriam was one of the strongest people I ever came to know. Whenever we travelled throughout Africa we would always ride along with the Heads of State. And as a young man being around such influential people, or being in the palace with Haile Selassie or witnessing the humble beginnings of the now OAU (Organisation of African Unity) was fantastic. She exposed me to a lot. Considering my background it was life changing. It was humbling to be part of that unifying force.

Not enough of us pull together and that’s important and my band The Ebony Hillbillies reminds people where they came from and to appreciate their background.

MTB: What do you personally think is Miriam Makeba’s lasting legacy?

Bill: I just know Miriam was always honest; her mantra was “do to me as I would do to you”. She had a great voice and had the ability to deliver politically charged songs gracefully. It was all about love and not war. She wanted us to understand the danger of apartheid and rise about the evil and treat people with kindness and not take advantage.