The fashion world is in uproar over the realization that Milan Fashion Week will collide head-on with New York and London. 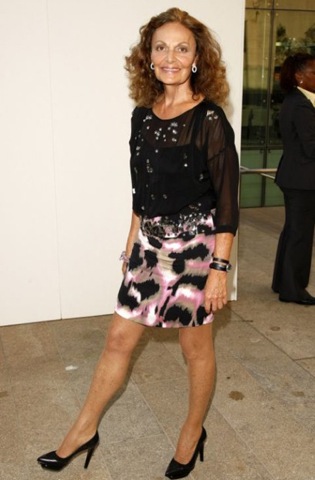 The dates for September 2012 are as follows: New York Fashion Week starts the schedule from the 13th to the 20th; London has the dates 21-25 locked down. Then we have Milan Fashion Week disrupting the flow by choosing to keep the  dates, September 19th through 25th. This obviously creates a major problem that ultimately puts designers and editors in the unenviable position of having to choose which shows to grace their presence with.

Apparently this scheduling fiasco is the end result of the decision New Fashion Week organizers made when they announced that in order to accommodate Labor Day (which is exclusively an American holiday), they would postpone Fashion Week to avoid both events from intersecting.

Of course the Italian designers are determined to move forward with their show’s schedule and seem to all agree that as long they are in unison, they are prepared for whatever backlash comes their way.

But the designers on this side of the ocean are quite displeased with the predicament they are facing and Diane Von Furstenberg couldn’t quite contain herself and was prompted to send a letter via email to head of the Council of Fashion Designers of America. Creativity definitely elevates passion!

Subject: An Open Letter to the Fashion Community from Diane von Furstenberg

Fashion shows are meant to allow designers to show their collections and vision for the following season.

Everyone goes through huge efforts at a large expense to make it easy and pleasant for the editors and retailers. The market has expanded greatly in the last years with Asia, Middle East, Russia and Brazil growing so fast. It requires a lot of coordination and planning.

Editors, retailers and designers like the consistency of every designer always showing on the same day of the week season after season. It makes it so much easier for everyone to plan and attend shows. Clearly, year after year, the calendar changes. There are 7 days in the week and every new year the calendar advances 1 day. Some years it will be better for some cities, some years not.

That is what is happening in September 2012. I believe our friends in Milan did not understand that. We did not change from the decision when we agreed to start Fashion Season in New York on the same day every year, which is on the second Thursday of February and September. It is the nature of the calendar.

I also believe this conflict is a misunderstanding. I am convinced it will be resolved and that the agreement that was made 3 years ago at great cost and effort is valid and will be kept.

As the President of the CFDA, I represent my fellow designers. We share the same goals as Milan, Paris, and London. Everyone at the CFDA has great respect and admiration for the designers working in those cities  Our shared goal is that we want the editors and retailers to see our work and to do theirs.

At a time of great uncertainty in the world, we are lucky to be part of an industry that is flourishing and that provides an enormous amount of jobs. We should not jeopardize that by being apart. It is most important that we show unity, fairness, and that we work together to ensure everyone is given equal benefit from our work.

As we say in fashion, the show must go on!