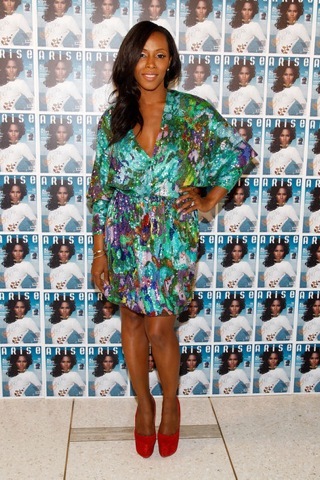 Stylist June Ambrose is about to dive into the Reality TV pool, thanks to backing from VH1. MTV’s sister network is eager to replicate the success that BRAVO is currently enjoying with uber celebrity stylist Rachel Zoe. The Rachel Zoe Project, now in its 4th season, has made Zoe an even bigger and busier star than she was before she signed on the dotted lines. Her styling tips now have an almost biblical conntation to them and of course she has managed to expand her empire to include her own high-end clothing line. So its only fair that Ambrose, who inspires the same kind of devoted following and also has a flair for all things tres chic, would consider having her own vehicle to facilitate her talents. Her show weirdly enough is tentatively titled, The June Ambrose Project. How original! We are hoping that will be revised before it premieres early next year. The show is supposed to showcase the New York based stylist and her posse of assistants navigating a world that comprises of actors, musicians and bona fide celebrities. Sounds quite decadent. Watch your back Rachel Zoe!