Trending with Souleo: A Conversation with the Vibrant Curator of Cyndi Lauper’s True Colors Exhibition.

Earlier this month, Harlem resident and solidified art curator, Souleo, hosted the 2nd Annual Spring Benefit, on behalf of Art Connects New York, a non-profit art organization dedicated to utilizing the expressiveness of art and culture as a tool to educate and uplift communities that are stifled by abhorrent ignorance and systematic abandonment. 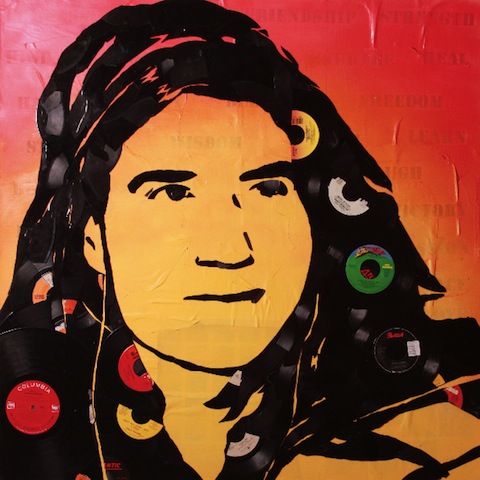 Souleo, a Brown University graduate who has built an impressive resume around the causes closes to his heart, met iconic pop star Cyndi Lauper a few years ago at an event highlighting her True Colors Residence. The mission of Lauper’s staple is to ensure that the LGBT youth in NYC are provided with facilities that take them off the streets.

Homelessness is an epidemic that seems to plague this population in high numbers. It is the first of its kind and the only existing avenue that provides a safe refuge for lesbian, gay, bisexual, and transgender youth who often times have nowhere to call home.

Art Connects decided to partner with True Colors by commissioning eight amazingly talented artists to showcase their unique translation of communal fare as a way to celebrate the organization’s very first permanent exhibition. 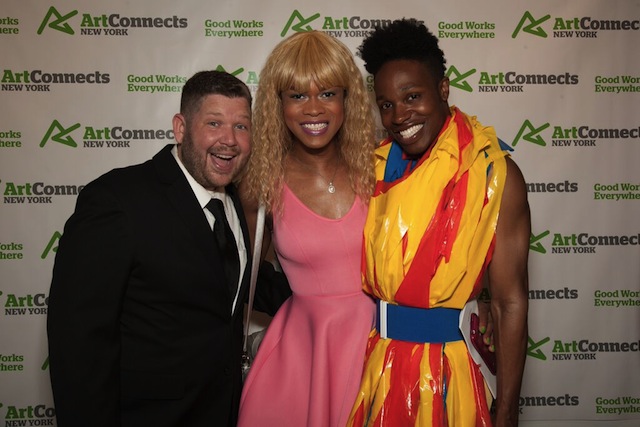 Souleo, has never shied away from redundantly controversial elements which explains why he relies on his persuasive intelligence to avidly persuade and engage our senses – all in the hopes of championing causes that are close to his heart.

That fuel has led to remarkable collaborations that such as this one, and we were lucky enough to dig deeper into the psyche of this astoundingly brilliant crusader.

MTB: How was the idea for the exhibition conceived?

Souleo: I was contacted by Art Connects New York to curate the project. They had already secured a partnership with the True Colors Residence in Harlem and needed a curator. Once I signed on it was a matter of bringing something positive, enriching, and inspirational into the space where these residents live. I couldn’t think of any better idea than portraits. Historically at one point you had to be royalty to be deemed worthy of a portrait. Although that has broken down there are still many people who don’t have access to sitting for a portrait whether because of money or a limited social network. So I wanted the residents to be able to see themselves and have their stories heard by the public through portraits. It was a way of bringing visibility to the invisibility they’ve experienced as homeless youth.

MTB: The works of each of the showcased artists are all similarly inclined, how were they commissioned?

Souleo: This project could not have happened without the dedicated artists that went above and beyond the call of duty. I’ve worked with most of the artists before and trusted their work, vision, and ability to relate to the youth. Dealing with issues of being LGBT, housing insecurity, family rejection, substance abuse, survival sex work, and so forth requires sensitivity and compassion. So I shared my vision with the artists. They met with the residents and were able to develop their pieces through a collaborative process.

Uday K. Dhar worked hands-on with the resident he was paired with. She visited his studio and even applied some of the materials to the piece. They would have conversations at his studio about her life and Uday’s own experiences and coming out process.

Jeanine Alfieri also had the resident she was paired with come to her studio for the life cast. They really bonded as they discussed shared life experiences.

Kimberly Mayhorn had residents vote on a quote that they felt best represented them. She used that quote in her text art based piece, which is about bravery, courage, and joy.

So with any project I curate it’s about setting up a framework and trusting the artists to fill it in with their own amazing vision.

MTB: As the curator, how much of an impact are you hoping event like these will have to help propel the mission to enhance the LGBT community as well as other likeminded organizations?

Souleo: Change doesn’t happen overnight and it will certainly take more than art on a wall to make a difference. But in my line of work it begins there. It begins with using art to reflect what is going on in society, especially for underserved populations. And with that we are able to increase awareness and visibility. We are able to use the art to show the human side of the issue. From there it is a matter of building out programming that supports the community, discusses the issues, connects to some larger action items such as signing petitions and so forth. With this exhibition we are in talks to do some programming that I believe will engage the community.

MTB: Can we expect to see more societal or communal themes projects this year?

Souleo: My next exhibition is Stax: Visions of Soul at the Stax Museum of American Soul Music. It’s a little different than Untitled but the similarity is that it addresses social issues. The artists in this exhibition created works inspired by socially conscious music from the Stax catalog such as Otis Redding, The Staple Singers, and Mable John. So we are tracing Black history through art and music and connecting it to the present. In this way we hope to continue the important conversation surrounding issues impacting people of color such as police brutality and economic disadvantages, while also depicting our beauty, strength, and perseverance.