Harlem has always been the cradle of inspiration and artistic spontaneity. So it made perfect sense that the landmark Striver Gardens Gallery, opened its doors this past Thursday night to a parade of artists that were generous enough to dedicate their work to a press worthy project: emerge: Danny Simmons & Artists on the Cusp. 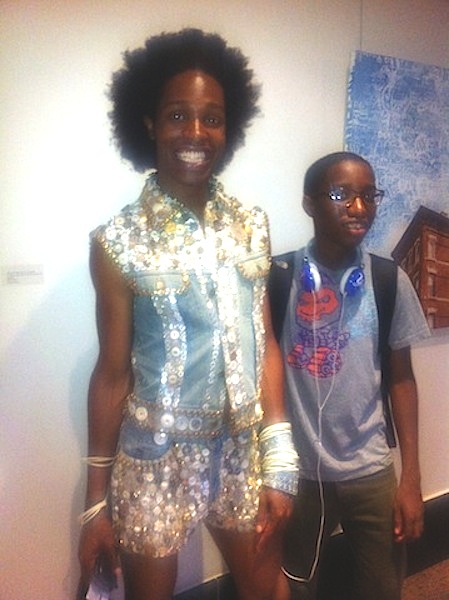 Danny Simmons the lesser-known older brother of hip-hop trailblazers, Russell Simmons and Joseph Simmons (Reverend Run) has already marked his territory in the simulating world of visual art, but he was willingly to share the spotlight with other likeminded artists hoping for the same industry recognition and appreciation.

A total of nine artists from New York City and London converged to celebrate the spirit of ingenious recycling. Each piece evoked a semblance of familiarity in a way that makes allowances for artistic interpretation.  The idea that any material can be discarded without hesitation is an unfathomable mindset for anyone who understands the importance of global tolerance and respects the idea of sharing the wealth.

On a breezy summer evening, Co-curator Lisa D. Hayes, Esq., who also manages the Strivers Garden Gallery and media brazen Souleo of Souleo Enterprises, LLC hosted a delightfully interactive playground populated with works from an impressive list of well-rounded talents that included; Beau McCall whose fascination with buttons started when he was a teen and progressed into a full fledged hobby that is now paying off. He decided a year ago to give visual art a serious try and now the rest is history. His brilliant interplay with denim and buttons was remarkably evident on the eye-popping ensemble Souleo modeled for the evening. And his artwork was equally stimulating. 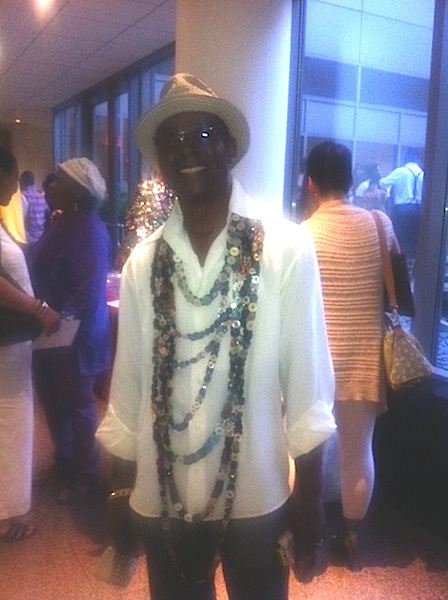 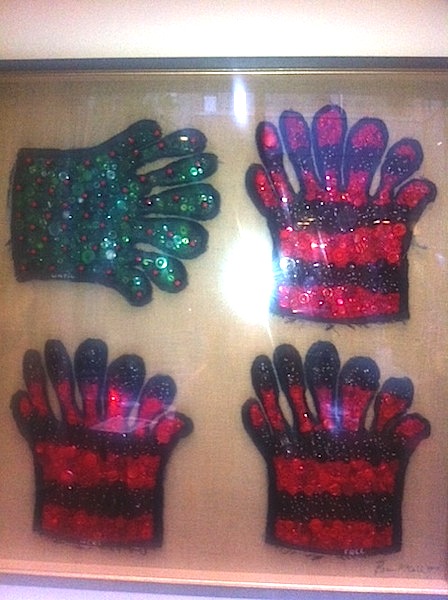 Another notable artist Laura Gadson, is a seasoned quilter and has expertly applied those principles to create a piece that was birthed from handbags that she has accumulated over the years. Finding a way to re-define and re-use collectibles is something she is dedicated to and its evident in the way she selected and re-worked her materials for her Our Lady of The Sacred piece. 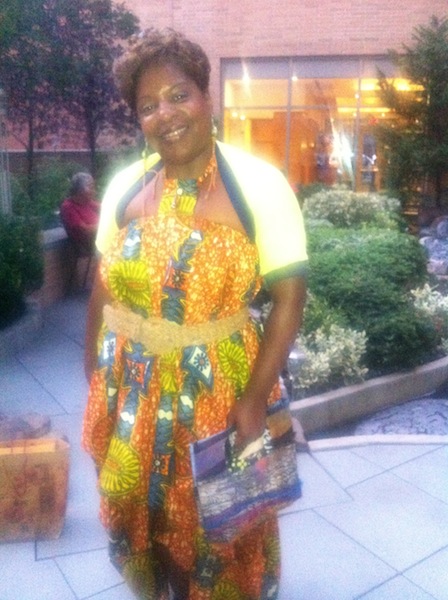 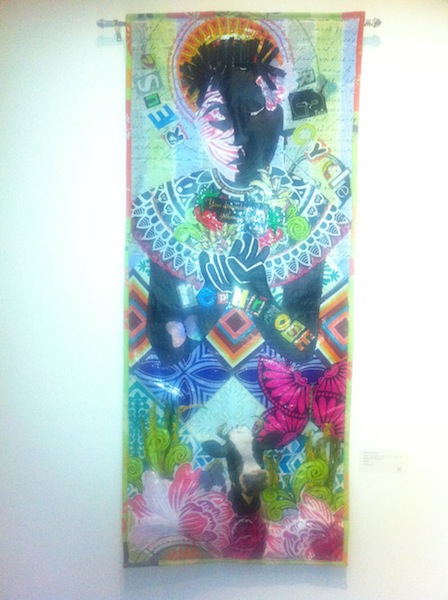 Greg Frederick has had a lengthy and distinguished background in photography. His trademark is being able to flawlessly translate photos to canvas, and that ability to capture eponymous moments led him to experiment with vinyl records and the results are undeniably innovative and captivating. His stunning portrait of Andy Warhol is just a piece of the pie; he also produced a template of Michael Jackson’s world famous accessory  – “the glove”. This is definitely an artist who understands the meaning of visual empowerment and historical embodiment. 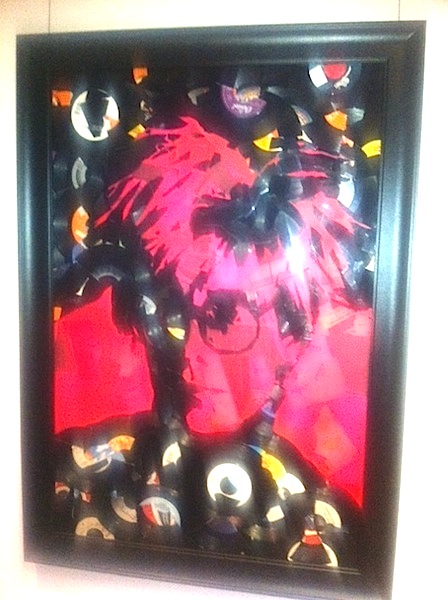 Another artist who implements an avant garde flair to his work is Al Johnson who allows his raw emotions to dictate the temperament of his work. His latest offering was inspired by his need to bring the idea of serenity to life. It was a therapeutic process that forced him to tap into the deepest bowels of pain and uncertainty, and it also led him to the appropriate objects for his journey. An antique box that was initially discarded provided the blueprint for all the other supporting materials to follow. And a gem was inevitably created.

Al Johnson: This Everlasting 2012 (Mixed media on panel with found objects in an antique box 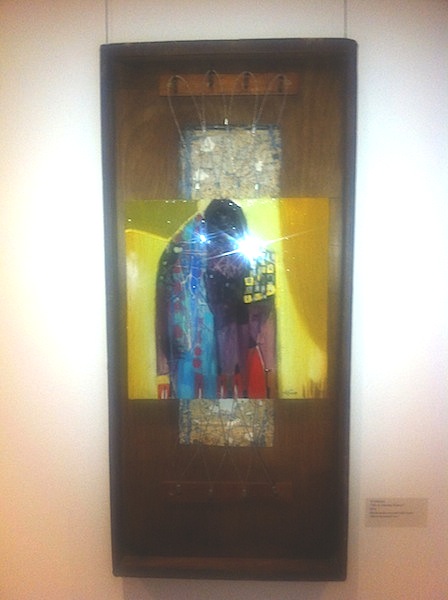 The background stories are resoundingly resolute when it comes to the overflowing energy and creativity that stream from literally seeing the beauty in everything without discrimination.

Opening night may be over but you still have an opportunity to be a part of this revolutionary event.

Stop by the  Strivers Gardens Gallery at 300 West 135th Street in Harlem and take in the ambiance and richness in the air while you  focus on the visual splendor that resides within those walls. The exhibit will run until September 7. 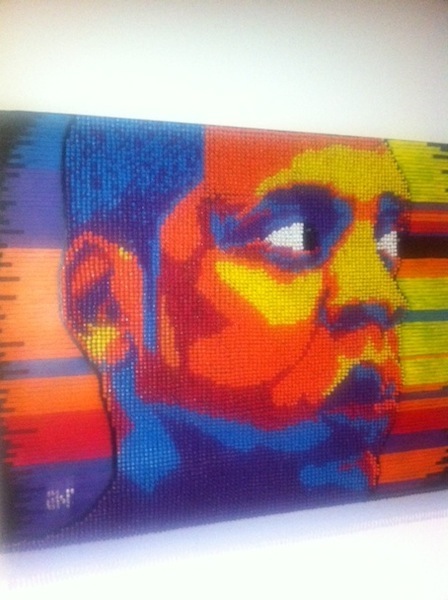